Will The Year Of The Linux Desktop Ever Come? Well for me it has, and let me explain to you why that is.

I’ve wanted to write a post about my view on Linux, and how I’ve come to see it.

After my few years of using it now, It’s been a love-hate relationship that’s for sure, but you get that with any operating system, but some have more hate than love nowadays.

I made the switch to Linux back when I was studying for my degree just over three years ago now. The reason I decided to make the switch back then was more for experimentation purposes more than anything. Unfortunately, I soon found myself switching back to Windows, not because I didn’t enjoy Linux but because the school didn’t support Linux in any shape or form.

I found that the lack of support for Linux based operating systems in a degree based around Information Technology surprising and rather disappointing, and created a barrier to my enjoyment of using Linux. Another barrier I faced was with hardware compatibility, such as when my wireless card in my new laptop wouldn’t work with Linux as there was no native driver support.

I always hear long-timers in the Linux community suggesting workarounds or to just put up with it, but for someone new to Linux trying to get some school work done when PDF formatting is broken, or a Visio diagram refuses to open, it’s easier to just switch back to Windows.

When I first made the switch to Linux I was using Linux Mint, it seems to be one of the standard starting distributions now, and it really was a great start for me. It’s important to note the issues I faced were never distribution based, more hardware/software support. I decided to persist with using Linux, as I found that despite the issues I faced with support, the native support for software development made it a lot easier to pursue my passions in IT.

After 3-4 years of learning about Linux and the pros and cons, it now has a permanent position as my operating system of choice on my desktop and laptop. With a few years of Linux desktop experience under my belt I now know what I can and can’t do with Linux, and just knowing that has made it a hell of a lot easier to make a permanent transition. I can’t expect it to do everything that Windows does, but to me, that’s just fine.

In a different blog post, I’ll discuss how I think the advancement in cloud-based applications makes it easier to make the switch to a Linux distribution. 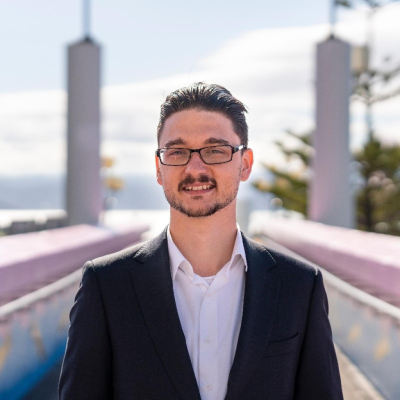